The events season is in full swing.

This week we had the American Banker event in New York called Lending + Investing. This event was mostly intended for the industry insiders. At the event, Goldman Sachs shared that they intend to focus on the balance sheet lending model for their online lender which is being named Marcus.
Next week I will be present at a 3-day event, Lend360, in Chicago where I believe about 4,000 people are expected. Lending Times has scheduled about 30 interviews in 30 minutes slots. I will do my best to be available as I can. If you would like to meet me I will be likely spending most of my time in the  “Recharge Lounge” that is located right outside of General Session. I would love to meet everybody who has a few minutes to say hi.

Americans, like myself who spend most of their time on the coasts, tend to ignore the middle. I would advise you not to ignore it: the middle is worth as much as each coast. And because many people ignore the middle the environment is less competitive. I hope to see you at Lend360. 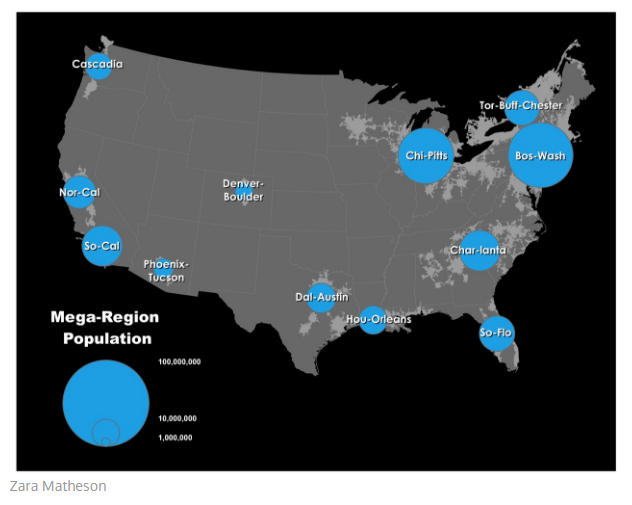 Because Goldman announced they will be focusing on balance sheet lending,Jason Jones, of Lendit, published a great piece explaining why a hybrid model of balance-sheet and marketplace makes the most sense.

I entirely agree with him. Given no company has illimited balance sheet I can’t, in fact, imagine how a 100% balance sheet model could even exist given the fixed costs of running a company. And we all saw the consequences of the lack of control in a pure marketplace situation with Lending Club. In my experience as CEO, control and flexibility are key in order to make a company last through different unpredictable future situations.

I would, in fact, go a step further to say that in my experience as CEO the best model is a flexible model which adapts with the offer and demand. In currency trading, there are straight-through-processing, market making and a lot of other in-between options from piggy-backing to just-shutting-down-clients who’s business you don’t like. I believe there are other models in lending that deserve some attention: every loan being automatically shared between balance sheet and marketplace at origination; a leverage ownership on either the balance sheet or in the marketplace; captive funds; etc.

The last subject I would like to talk about is Prosper shutting down their note secondary market with Folio. Why ? Due to lack of volume.

I am a frequent user of both Prosper’s Secondary Market and Lending Club’s Secondary market. I wonder if anybody at Prosper is using both ? Here is my takeaway: if I want to sell something at Lending Club the process is simple, clear and I always manage to sell them. I tested and I can sell notes in seconds if I discount 20% the price. On Prosper I tried numerous times and I never managed to sell a single note. Why ? Both platforms are powered by the same legal setup with Folio Investing. So the problem is the process of listing, the pricing and the liquidity. I strongly believe a secondary market is MUST HAVE for all platforms.I deplore that they are closing it down and I would love to be allowed to fix it for them.

To me, a secondary market will allow people like me who has some liquidity after selling multiple companies I built to put more money in Prosper and Lending Club. The fact my money is locked for 5 to 7 years means that it gets the lowest priority. If I invest in real-estate (famously illiquid), I can still sell the property within 6 months. In our fintech world of convenience and speed locking money down for 5 years feels like 1970.

Alternatively, many people are weary of launching secondary markets. It is much simpler than you think. Regulation is not the issue (broker-dealers are cheap). One can always find market makers. I am even willing to be one myself with the right incentives. And the cost of operating it is cheap.

I believe the main reason why originators don’t want a secondary market is for price control. People who buy their notes at par value shortly after origination will be tempted to look at the secondary market and their price discovery. I would like to point that Lending Club’s secondary market had no issues with price driving or dropping during their crisis. Many people including myself watched the secondary market in order to get an idea of the market sentiment on the quality of their underwriting and it held great.